We're looking for your feedback! Please answer a few questions to help us improve our website.

1.   Will vasectomy make a man lose his sexual ability? Will it make him weak or fat? 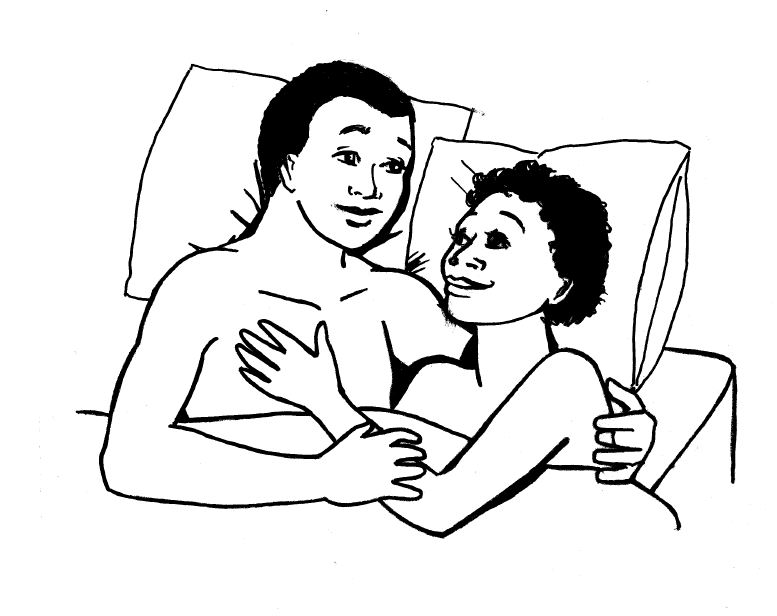 2.   Will there be any long-lasting pain from vasectomy?

Some men report having chronic pain or discomfort in the scrotum or testicles that can last from 1 to 5 years or more after a vasectomy. In the largest studies, involving several thousand men, less than 1% reported pain in the scrotum or testicles that had to be treated with surgery. In smaller studies, of about 200 men, as many as 6% reported severe pain in the scrotum or testicles more than 3 years after the vasectomy. In a similar group of men who did not have vasectomies, however, 2% reported similar pain. Few men with severe pain say that they regret having the vasectomy. The cause of the pain is unknown. It may result from pressure caused by the build-up of sperm that has leaked from an improperly sealed or tied vas deferens, or from nerve damage. Treatment includes elevating the scrotum and taking pain relievers. An anesthetic can be injected into the spermatic cord to numb the nerves to the testicles. Some providers report that surgery to remove the painful site or reversing the vasectomy relieves the pain. Severe, long-lasting pain following vasectomy is uncommon, but all men considering a vasectomy should be told about this risk.

3.   Does a man need to use another contraceptive method after a vasectomy?

Yes, for the first 3 months. If his partner has been using a contraceptive method, she can continue to use it during this time. Not using another method in the first 3 months is the main cause of pregnancies among couples relying on vasectomy.

4.   Is it possible to check if a vasectomy is working?

Yes. A provider can examine a semen sample under a microscope to see if it still contains sperm. If the provider sees no moving (motile) sperm, the vasectomy is working. A semen examination is recommended at any time after 3 months following the procedure, but it is not essential.

If there is less than one nonmotile sperm per 10 high-power fields (less than 100,000 sperm per milliliter) in the fresh sample, then the man can rely on his vasectomy and stop using a backup method for contraception. If his semen contains more moving sperm, the man should continue to use a backup method and return to the clinic monthly for semen analysis. If his semen continues to have moving sperm, he may need to have a repeat vasectomy.

Every man having a vasectomy should know that vasectomies sometimes fail and his partner could become pregnant as a result. He should not make the assumption that his partner was unfaithful if she becomes pregnant. If a man’s partner becomes pregnant during the first 3 months after his vasectomy, remind the man that for the first 3 months they needed to use another contraceptive method. If possible, offer a semen analysis and, if sperm are found, a repeat vasectomy.

6.   Will the vasectomy stop working after a time?

Generally, no. Vasectomy is intended to be permanent. In rare cases, however, the tubes that carry sperm grow back together and the man will require a repeat vasectomy.

7.   Can a man have his vasectomy reversed if he decides that he wants another child?

Generally, no. Vasectomy is intended to be permanent. People who may want more children should choose a different family planning method. Surgery to reverse vasectomy is possible for only some men, and reversal often does not lead to pregnancy. The procedure is difficult and expensive, and providers who are able to perform such surgery are hard to find. Thus, vasectomy should be considered irreversible.

8.   Is it better for the man to have a vasectomy or for the woman to have female sterilization?

Each couple must decide for themselves which method is best for them. Both are very effective, safe, permanent methods for couples who know that they will not want more children. Ideally, a couple should consider both methods. If both are acceptable to the couple, vasectomy would be preferable because it is simpler, safer, easier, and less expensive than female sterilization.

9.   How can health care providers help a man decide about vasectomy?

Provide clear, balanced information about vasectomy and other family planning methods, and help a man think through his decision fully. Thoroughly discuss his feelings about having children and ending his fertility. For example, a provider can help a man think how he would feel about possible life changes such as a change of partner or a child’s death. Review the 7 Points of Informed Consent to be sure the man understands the vasectomy procedure.

10.  Should vasectomy be offered only to men who have reached a certain age or have a certain number of children?

No. There is no justification for denying vasectomy to a man just because of his age, the number of his living children, or his marital status. Health care providers must not impose rigid rules about age, number of children, age of last child, or marital status. Each man must be allowed to decide for himself whether or not he will want more children and whether or not to have a vasectomy.

11.  Does vasectomy increase a man's risk of cancer or heart disease later in life?

No. Evidence from large, well-designed studies shows that vasectomy does not increase risks of cancer of the testicles (testicular cancer) or cancer of the prostate (prostate cancer) or heart disease.

12.  Can a man who has a vasectomy transmit or become infected with sexually transmitted infections (STIs), including HIV?

13.  Where can vasectomies be performed?

If no pre-existing medical conditions require special arrangements, vasectomy can be performed in almost any health facility, including health care centers, family planning clinics, and the treatment rooms of private doctors. Where other vasectomy services are not available, mobile teams can perform vasectomies and any follow-up examinations in basic health facilities and specially equipped vehicles, so long as basic medications, supplies, instruments, and equipment can be made available.